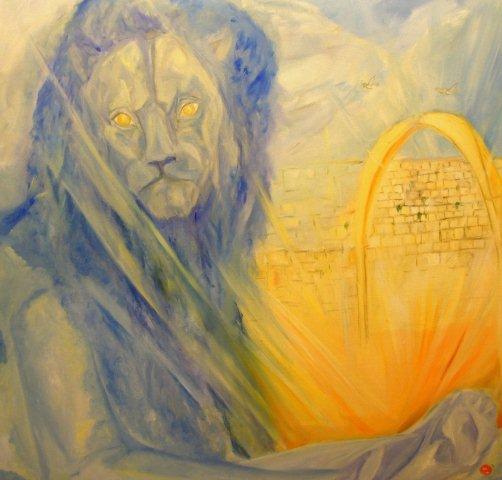 Art as an Instrument of Conscience

It was supposed to be an extraordinary Shavuot, from the matter of its incredible numerology and its meaning. This year the Shavuot marks the 3333d anniversary of the pivotal moment in the history of mankind, the giving of the Torah to the Jewish people.

The moral code of a human being  comes from the Torah and applies to anyone on this planet. This is without going into the depth and incredible richness of knowledge laying literally in every letter, not even a word or a phrase of the Torah. 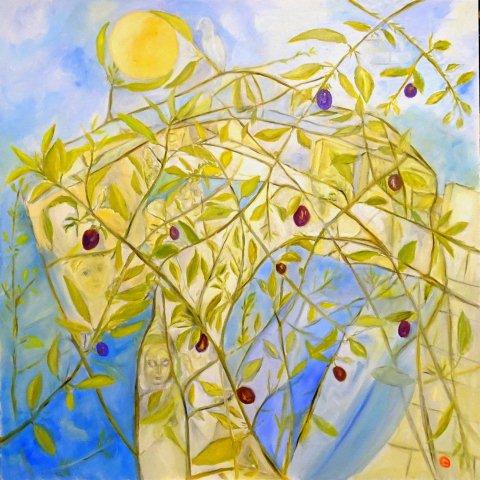 So we were supposed to celebrate this unique Shavuot with this extremely special 3333 figure of its date these days. As it is known widely, number three, 3, is a corn-stone of Judaic thinking. It is not without a reason that we have three Patriarchs, that Noah had three sons, that we have three written in the Torah main religious holidays. It is also not without a reason that Moses had been ascending to the Sinai three times, and that the Jewish people after liberating themselves from slavery, had been instructed to prepare for receiving the Torah for three days.

Number three has a fundamental meaning. It is the foot-print of logic and completion. We live in the past, present and future, having three dimensions of time. Our life process unfolds in three stages: birth, life and passing. Any process in nature, and any process as such has three stages: beginning, middle, and the end. In geometry, the science loved by our sages because of its indisputable logic, it is namely a triangle that provides the most stable form, construction and shape. It is not without a reason that the symbol of the State of Israel has two triangles intertwined. Our Magen David is about many things, but it is also about in-deconstructability. Just saying.

In these days, all this we will celebrate multiplied in four times, in four -fold strength, being privileged to live at the time of the three thousand three hundred and thirty third time and year of celebrating the most distinct moment in the history of our people, the giving the Torah.

This year the celebration is marred with worries and anxiousness. We are strong, largely thanks to our Torah, even for those who would not like to think this way, it is in the Jewish genes, luckily. But we are under fire. We are attacked by vicious Hamas terrorists, but we are not weak, neither are we shaken. 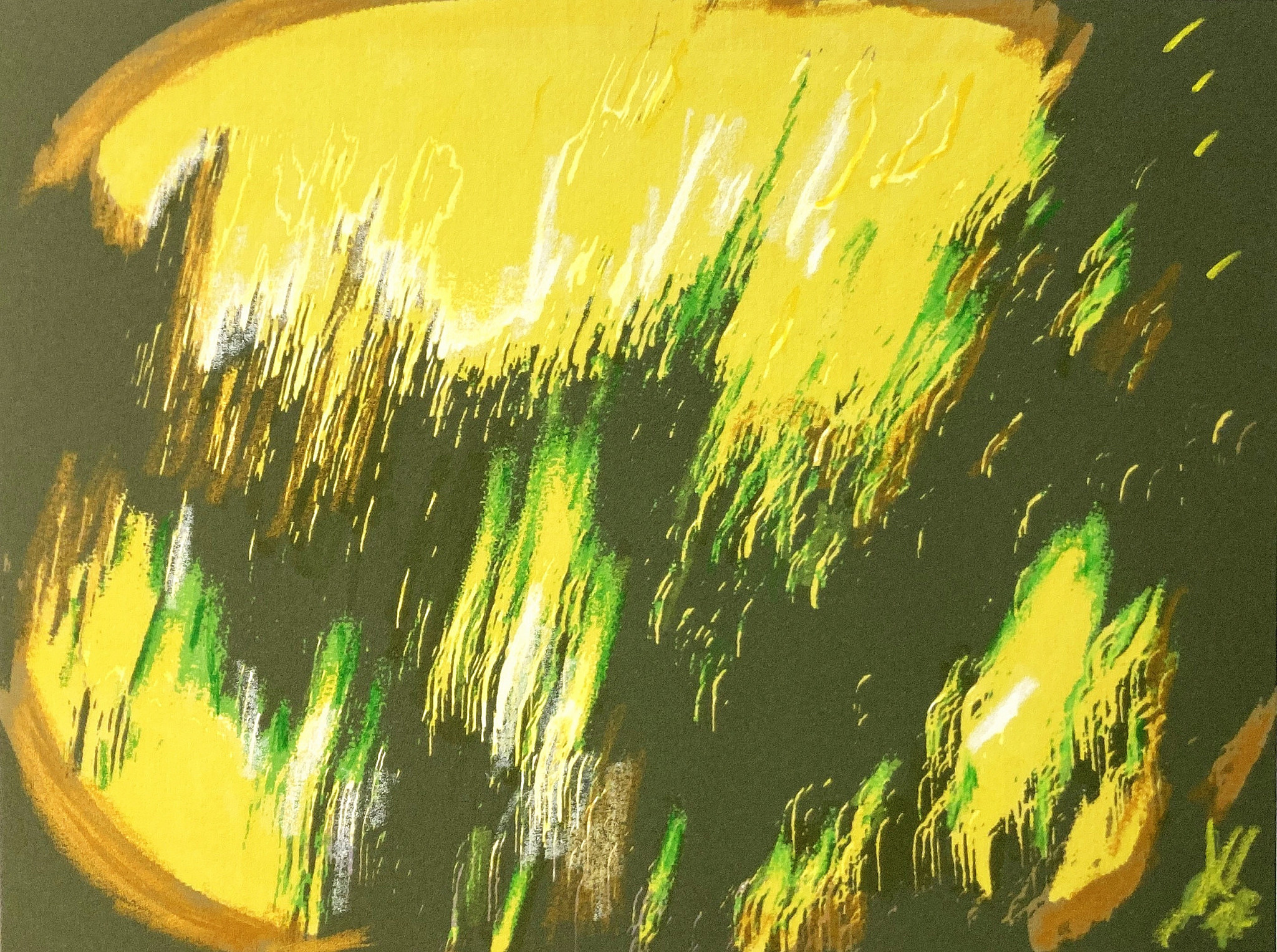 This year, we are witnessing unheard of pogroms inside the state of Israel. We hope that this would be dealt with as it should, to eradicate the slightest possibility of this outrage on Israeli soil ever. We are misread and mistreated by utterly hypocritical international media in their ever shameful and untreatable anti-Semitism, open and hidden alike. Nothing changed with this respect whatsoever from the 1930s, global-wise. We are mentored by those mumbling international leaders who really do not believe a word of what they are pronouncing as rather pathetic mannequins, with a very small exception of a few openly sympathising and supporting Israel countries.  We are mistreated by all those international bodies and organisations. All of them have become a parody of itself and common sense, utterly useless conglomerates of self-imposed self-importance.

We are attacked outside Israel as well, massively so, at those outrageous permitted, allowed, non-confronted massive rallies of racist hate in London, Paris, Los-Angeles, The Hague, you name it. As unprovoked Hamas terrorist attacks would not be allowed against any other country in the world, the same insult of the State of Israel in all those places washed with raving hatred, would not be permitted against any other country in the world. Utter shame to all and every government at all those places, visible places in the world, who did permit it and did not stop it. These things do count. If people who chose not to act, facing all those anti-Israel rallies and vandal acts world-wide, would be able to think, they would realise that their non-action is and will be accountable. But we are living at the time of spineless hypocrites primarily, with rare fortunate exceptions, who will be coming down to history as pathetic nobodies.

It is not an easy, smooth, peaceful Shavuot filled with honey, blintzes and serenity. The Shavuot 5781, in our 3333d celebration of receiving our moral code and trove of knowledge is marked with density and sadness.

Still, we will celebrate, not brainlessly, but very much counter to that. We will celebrate our gratitude for being so uniquely privileged to get the Torah, our code of survival. To be a part of our great people. To have an amazing country which was, is and will amaze the world in all possible directions.

The Rabbinic tradition tells that on the Shavuot, and only then, the skies open up, and the unique communication can have a place if we are attentive enough. It is a special moment for interconnection, for actual, real-time self-inspection. The one of my artworks reflects on this distinctive moment of the Shavuot. 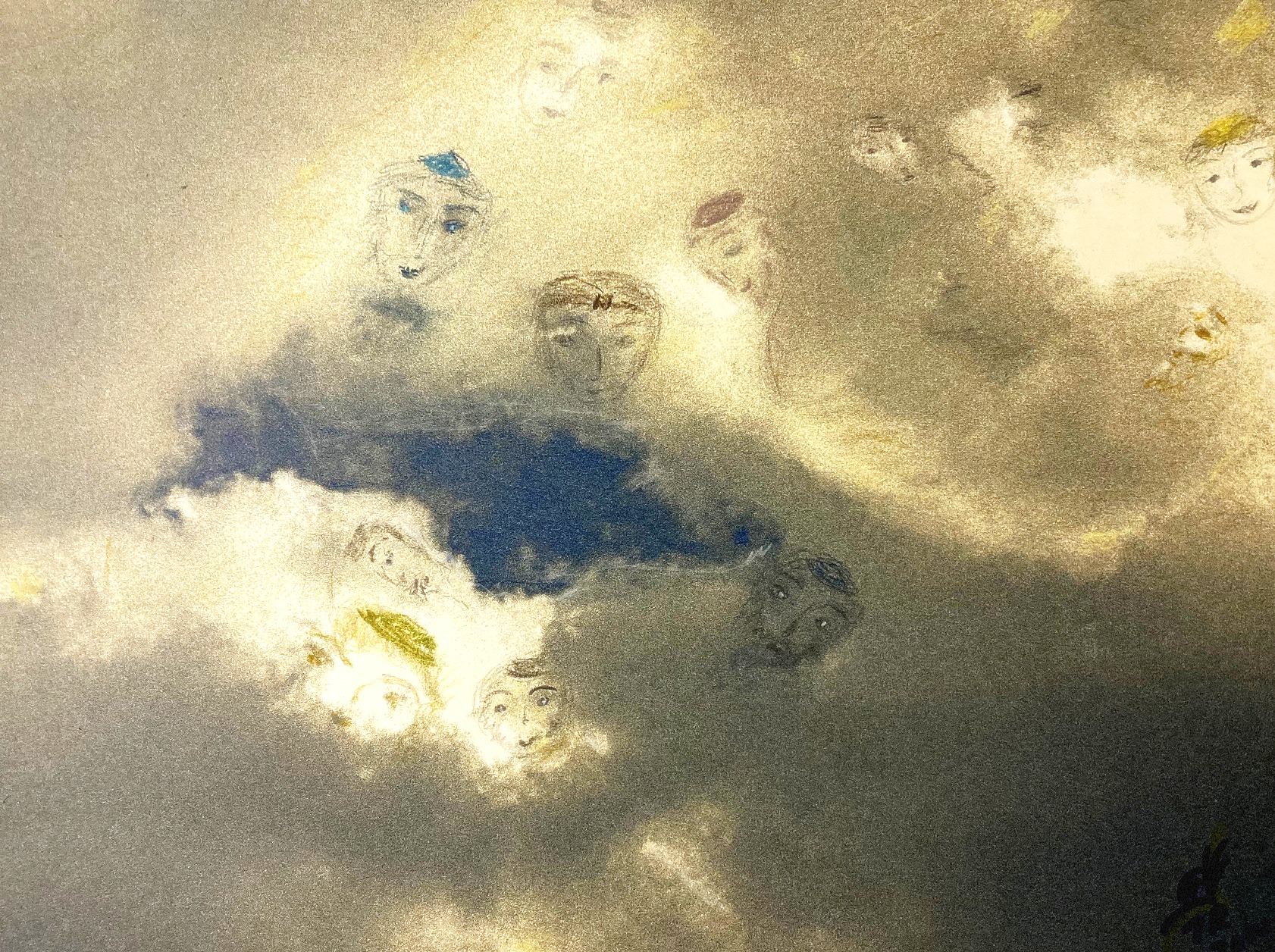 The other artwork in this examination of art as an instrument of consciousness is by my husband. This Michael’s well-known artwork from his series on the Jewish heritage points very clearly on the principal, un-muddled distinction between right and wrong – as it stays in civilised life, as it comes from our Torah. 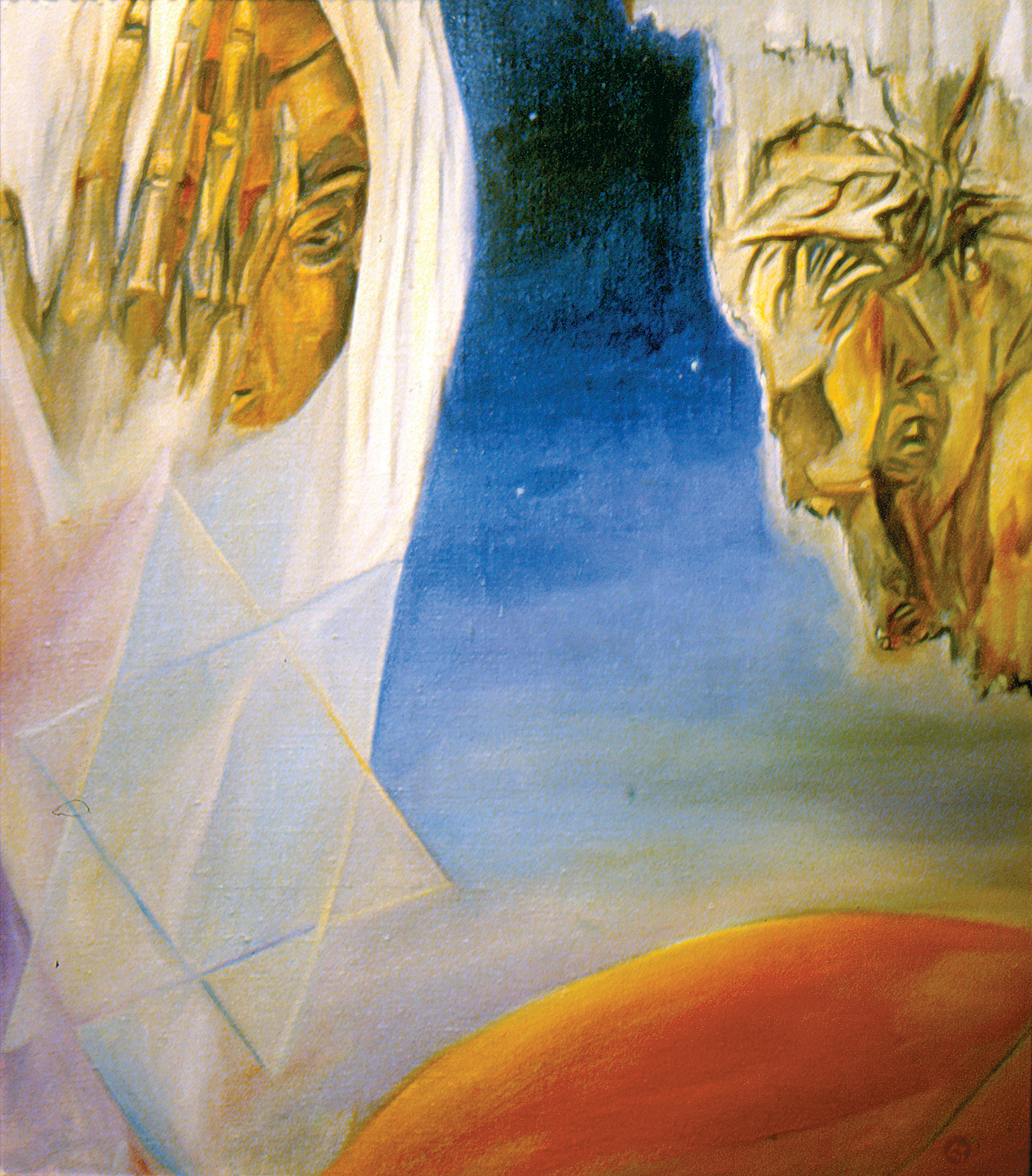