After forty nine days of counting the Omer which also means an annual inner preparation for Shavuot, giving us the moral code, we are about to enter the celebration of getting wisdom.

Preparing for the celebration, we at The Rogatchi Foundation thought to engage people from some communities world-wide, our partners and friends in Estonia, London and the United States, with a mini Shavuot quiz. We wanted it to keep it interesting and that’s why we elaborated the question on the subject which had not been in discussion much. We also wanted to keep it simple, and thus concentrated on just one episode and one person. The person was Elkanah, the father of prophet Samuel. 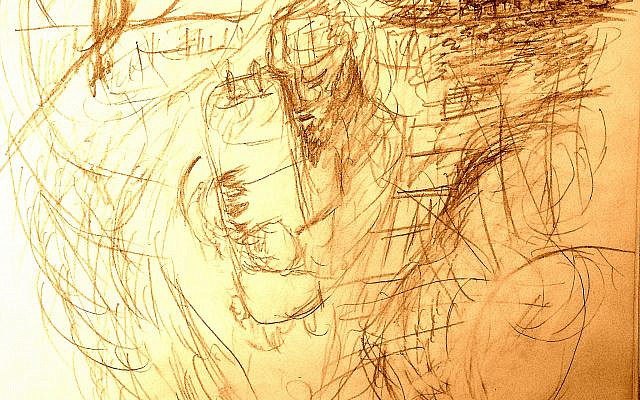 Elkanah, who was blessed to father such a giant as Samuel because of something special, is the figure which is not discussed much  in the existing Biblical sources. His merit which led him to father such an essential figure as Samuel was Elkanah’s personal effort to make the three pilgrimages to the Mishkan in Shiloh as the established and wide tradition among the Jews his contemporaries.

Elkanah had a vision, understanding, will and devotion to the Creator to put serious conscious spiritual, practical and financial effort to spread the important tradition among his fellow Jews in many places on the way of his and his extended family’s pilgrimages three times a year annually, every year going by the different route to engage more people from different places.

What’s more, it is established knowledge in Judaism based on the Talmud Yerushalaim that Elkanah went to Shiloh annually not just three, but four times. How come? What do we know about it?

The corresponding phrase in the Talmud Yerushalaim is the following one:  “And the man [Elkanah] would ascend from his city, as was his custom, to bow down and bring sacrifices to the God of Hosts in Shiloh” (1 Samuel 1:3). He went from time to time to fulfil his vows and bring sacrifices at the Tabernacle”.

Until now, it was not established in the existing Biblical commentaries on how the sages learned from that verse in Samuel 1:3 that Elkanah went to Shiloh four times a year.

Working within the frame of our The Light of the First Day  © project on artistic and intellectual interpretation of the Jewish Biblical and Talmudic knowledge, The Rogatchi Foundation  team believes to resolve the matter. 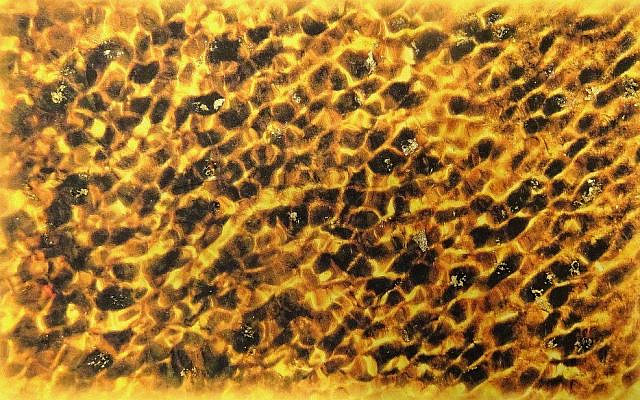 In the fundamental Jewish narrative, there is an established tradition of deducting the number of times from the Biblical narrative while equaling the written actions as times.

Such approach is applied, for example, in the deduction of number of the Thirteen Attributes of the Creator’s Mercy (Exod. 32:10) as commented by Rashi and other illustrious Biblical commentators; in the Passover Haggadah when Rabbi Jose the Galilean, Rabbi Eliezer and Rabbi Akiva are deducting the number of plagues sent by the Creator over Egypt and Egyptians; and all over the Talmud.  We thought that the same way of thinking should be applied to crack the puzzle on Elkanah’s pilgrimages.

Our understanding  is based on the method which is regularly applied in deduction of a number of actions/reasons in analysing and commentaries of the Jewish sacred texts. This method counts the actions of Elkanah as cited in the passage in Talmud Yerushalaim, as follow:

From the result of this application, it is clear that Elkanah went to Shiloh four times.

We were happy to be supported in this understanding by such renowned Jewish Biblical authority of our times  as Rabbi Yitzhak Ginsburgh who graciously commented on our finding with regard to Elkanah: ‘ The idea that actions suggest times is correct. The allusion to that idea is that the two roots of [the words] action and times [in Hebrew] , pa’al (פעל) and pa’am (פעם) respectively, are similar to each other. They both begin with the letters פע, which means ‘appearance’. “ (Rabbi Yitzhak Ginsburgh’s commentary on Elkanah inquiry, May 2020). 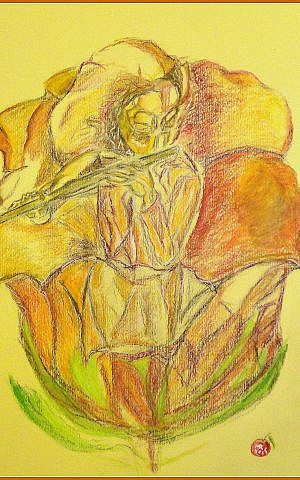 What was especially interesting in the whole process of this examination of the Talmud narrative is how a wide context of moral imperatives and on the role of a woman has emerged from analysing just one phrase of the Jewish sacred text. And it all had happened on the way to the Shavuot, amidst our daily challenges of corona-affected life in so many ways.

Two essential things we have learned during that episode of our ongoing project: the special meaning of voluntarily performed mitzvot, and the role of a woman, once again, this time, exemplified  by Chanah the mother of Samuel and the wife of Elkahan.

In the modern practices of observation of Judaism, it is understood that undertaking mitzvot is commendable because it is an obligation. But in the case of Elkanah, his fourth extra pilgrimage to Shiloh was completely voluntarily one. And this is what matters. When people are willing to do mitzvot not because they have been told so, or reminded, or asked to do it, but because they strive to do it on their own, matters – and impacts –  in volumes more.

Another gem from the same one passage in the Talmud Yerushalaim speaks on the role of a woman in Jewish life in general. Rabbi Yitzhak Ginsburgh saw that in the phrase “And that man [Elkanah] ascended”, in Hebrew  “ ועלה האיש הה” , the final letters of each word from end to beginning  spell out isha (woman). This teaches us that “Everything comes from the woman.” The energy that motivated Elkanah in his special project of ascending to the Mishkan four times a year was his beloved wife, Chanah”.

It is amazing to see so many essential things hidden in just one phrase of a well-known Biblical text. It does show in a beautiful way both eternity and encompassing of not only every word, but also of every letter of the Torah, as it is known to our sages. And it is really gratifying to celebrate Shavuot with the appearance of these gems of hidden wisdom and elegance of Judaism thinking from the very beginning of it.

We are greeting everyone who participated  in our pre-Shavuot mini-quiz,  awarding all the participants with a special Gratitude Diploma. The picture featured in the Diploma is Inna Rogatchi’s The Thirteen Petalled Rose ( 2020) artwork depicting one of the most important symbols of the Jewish Knowledge. 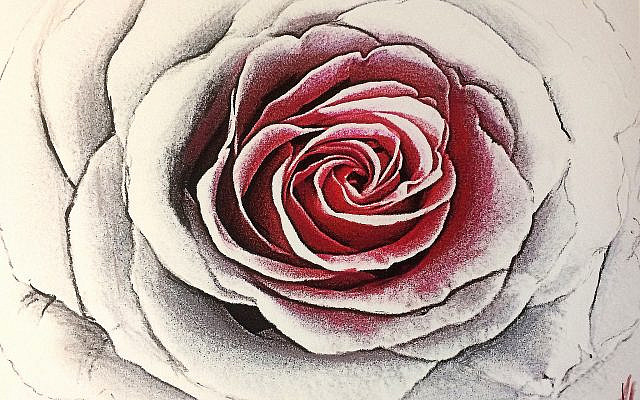 Importantly, the artwork also symbolises the idea of inner knowledge which is the essence of beauty as it is seen in Judaism.

The one of the most beautiful moments connecting Shavuot to us is the image of Mount Sinai becoming covered in roses at the moment of giving the Torah to our people.  The power of beauty symbolised by this image can be hardly expressed better.

The essential connection, even equalisation of knowledge , wisdom and beauty shines in the essence of Shavuot. It tells about us as about the people of the Book,  and it does it beautifully. As beautiful as a rose. The rose of Shavuot.